skip to main | skip to sidebar

See a few of my new paper cuts in an exhibit at Baker-Barry library at Dartmouth College, NH starting January 13. 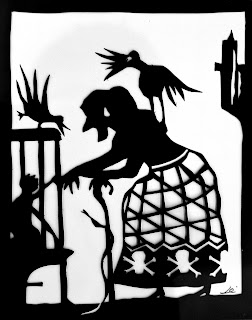 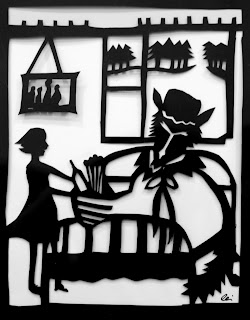 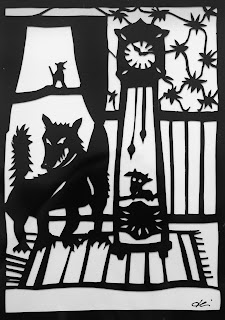 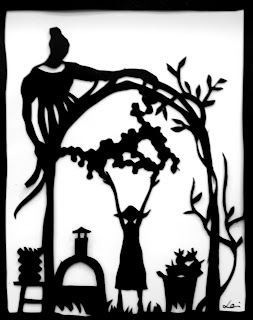 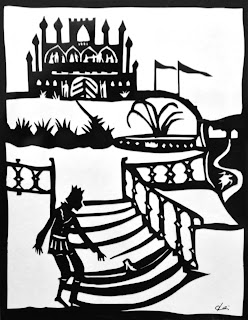 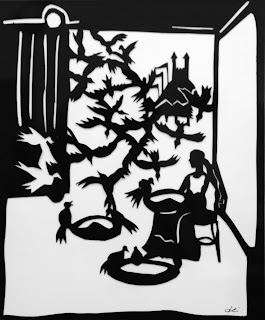 Posted by Katja Leibenath at 2:07 PM No comments:

This week I finally saw the exhibit on artist's studios from Carl Spitzweg to Matthew Barney at the Neue Staatsgalerie Stuttgart.
Some fragments of what I saw- and remember:

Daniel Spoerri's Atelier, Reconstruction of the Chambre No.13, Hotel Carcassonne, Paris 1998.
On the wall the "Fallenbilder": Tabletops complete with all plates, cigarette butts and leftover foods glued to them, records of a moment

Matthew Barney "drawing with restraints", him on a trampoline trying to reach his 4 m tall studio ceiling, drawing a self portrait while doing so and videotaping it. Video, 1987.

Jan Dibbets "perspective correction" 1968, a trapezium taped to his studio floor becomes a perfect square when photographed in perspective. The studio as installation.

Bruce Nauman's "mapping the studio I " 2001, video installation, showing his studio empty at night- and its secret inhabitants, the mice, cats and moths.

Gicacometti's "gray" studio in Montparnasse - the drawings on the walls were removed (with parts of the wall) and are shown at the exhibit.

They also have the huge altarpiece-like diptych and triptych on which Georg Baselitz and Gerhard Richter describe their studios, the remnants of Beuys temporary "studio" at Documenta 5 are there and a life size reproduction of Mondrian's atelier at the Rue du Depart 26, including his pipes and tea pot.

Luckily, once you find the entrance and get past the architecture and finishes, colors, columns, circles, triangles and stairs, if you are unsure what to think of the exhibit, the descriptions by the curators explain in great detail and quite matter-of-factly what the artists had in mind while working at their studios.
Posted by Katja Leibenath at 2:58 AM No comments:

Recently found. Not the original but still weird - tiny paintings on chewing gum residue on Wiesbaden's streets. A project by YY Street. 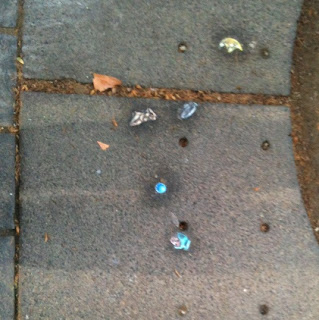 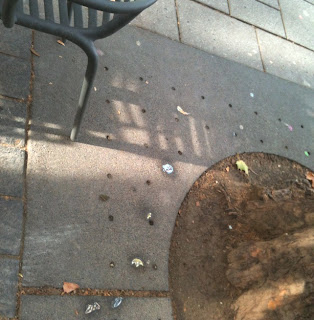 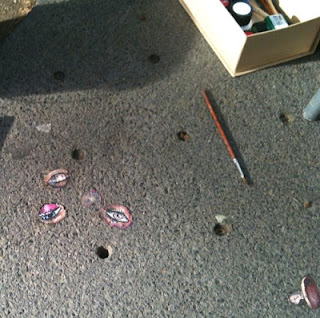 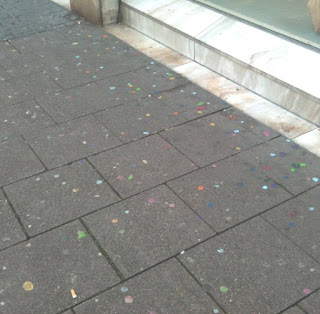 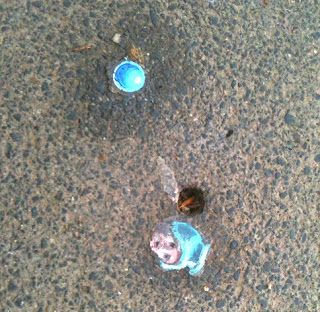 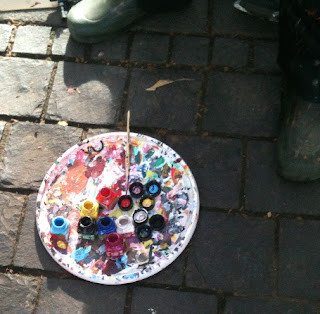 There is a rumor that when a street is "done", a small guardian figure is being attached on top of street signs, traffic lights or bus stops. 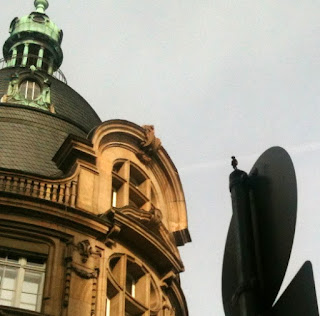 Posted by Katja Leibenath at 3:03 AM No comments:

Inspiration of the day

I just watched this documentary on Doug Rickards photography. Love how he uses the Google street view camera as his lens and how he talks about this being the time of "editors" rather than "creators".
The pictures he chose tell a great story, he filters the flood of material down to where it actually starts to matter again. I wish someone was doing this to the entire Internet. 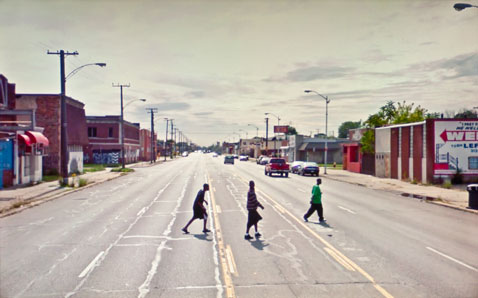 Posted by Katja Leibenath at 3:02 AM No comments: